Trump is working on the virtual version of the G20... 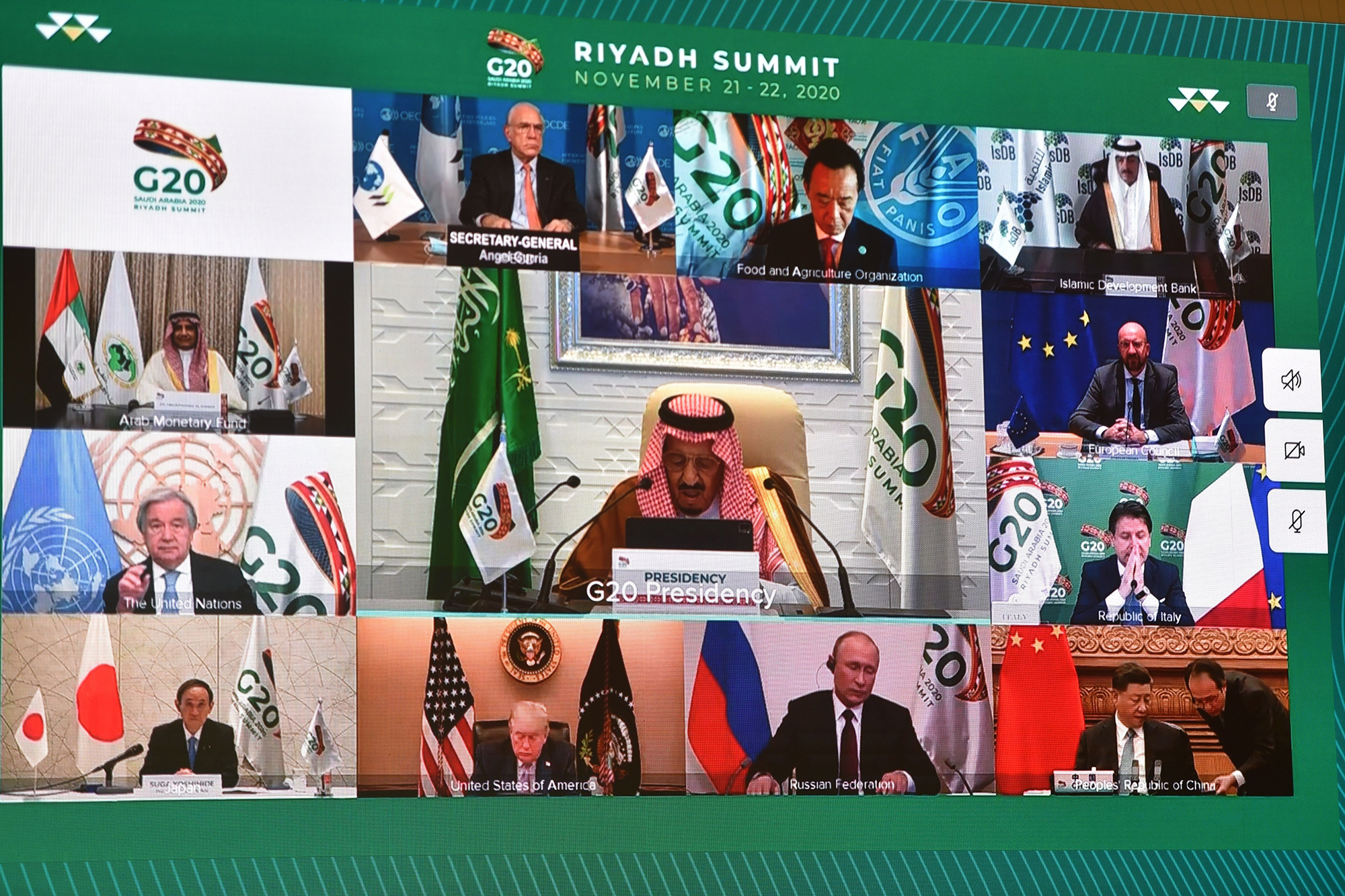 President Trump attended the first of two virtual meetings with world leaders Saturday as part of a coronavirus-strangled G20 summit – in what could be the last international rally of his presidency.

Trump was put on air in Riyadh, Saudi Arabia, by the White House State Chamber for a meeting chaired by King Salman and attended by the heads of 19 major world economies. The international response to the coronavirus was expected to be at the top of the agenda.

The generous meeting that had been set for the Saudi capital was burnt out reduced in September due to the ongoing pandemic, which canceled the elaborate farewell ceremonies and fancy dinners that have become the norm for the annual summit of days.

But organizers have not abandoned the traditional “family photo” of reunited heads of state.

Instead, they replicated the annual photo session forming a collection of images of the leaders in a composite image – with a smiling Trump in the front row – and projecting the portrait on a wall in Riyadh on Friday evening.