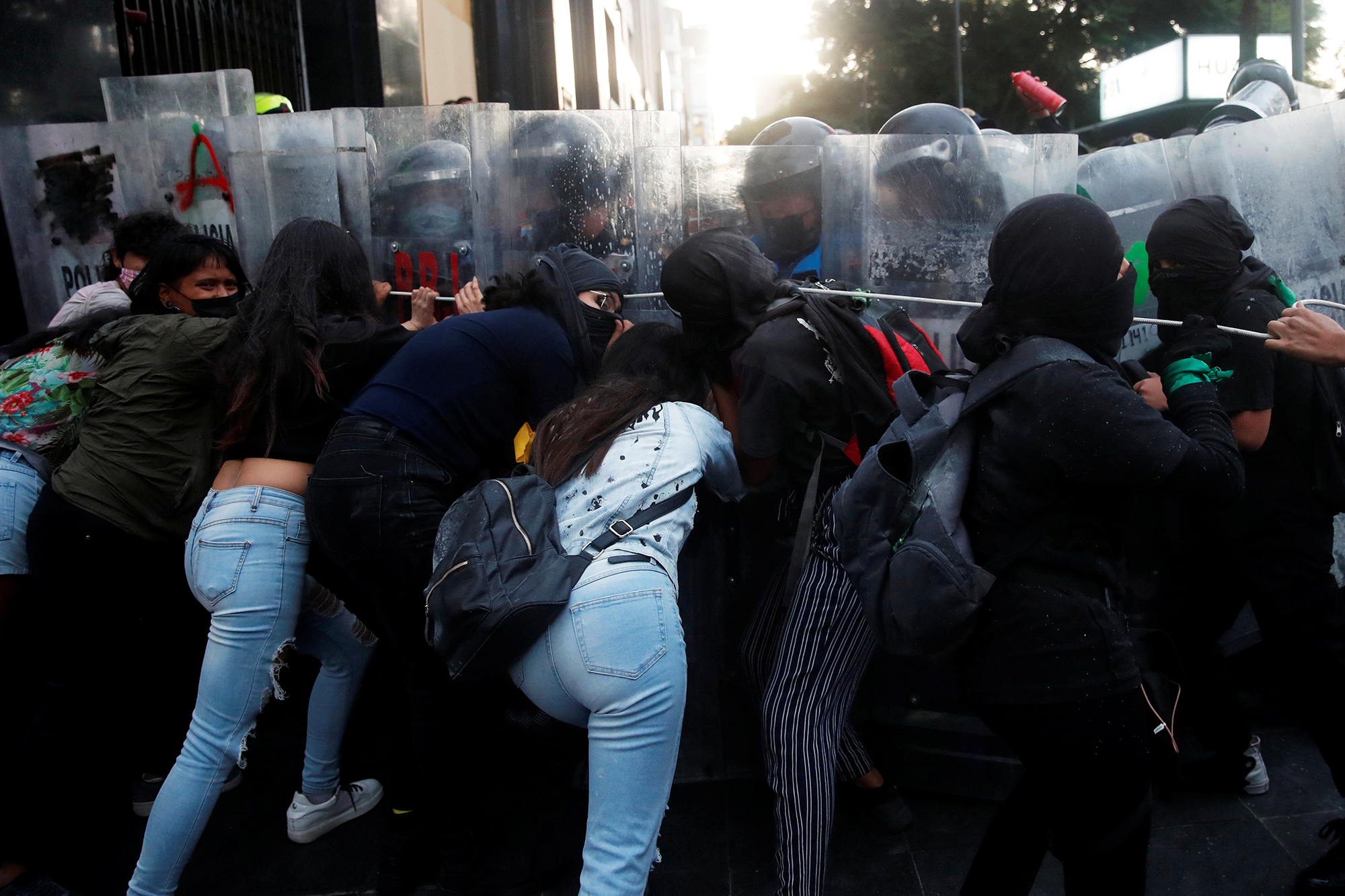 MEXICO CITY – Women have accused police lines and threw Molotov cocktails at Mexico City officials Monday during protests demanding the legalization of abortion in most of the Roman Catholic country.

Protesters, dressed in green banners that have become the symbol of the pro-choice movement in Latin America, gathered in the Mexican capital to mark the International Day of Safe Abortion, which is celebrated every year on September 28.

Police, many of them female officers, responded by spraying tear gas feathers on the women, some of whom handled hammers, and flashed bottles and paint.

At least one officer was abruptly engulfed in flames after being hit by a Molotov cocktail, before colleagues opened fire with a fire extinguisher, television images show.

Abortion is illegal in Mexico outside the capital and southern state of Oaxaca, which legalized medical procedures last year. In the rest of Mexico, abortion is prohibited except in certain circumstances, such as rape.

Abortion law has received renewed attention after the death in the United States of the Supreme Court of Justice Ruth Bader Ginsburg, a pioneering defender of women’s rights, who questioned the future of legal abortion here .