Mecole Hardman made up for ‘dumb’ Chiefs mistake 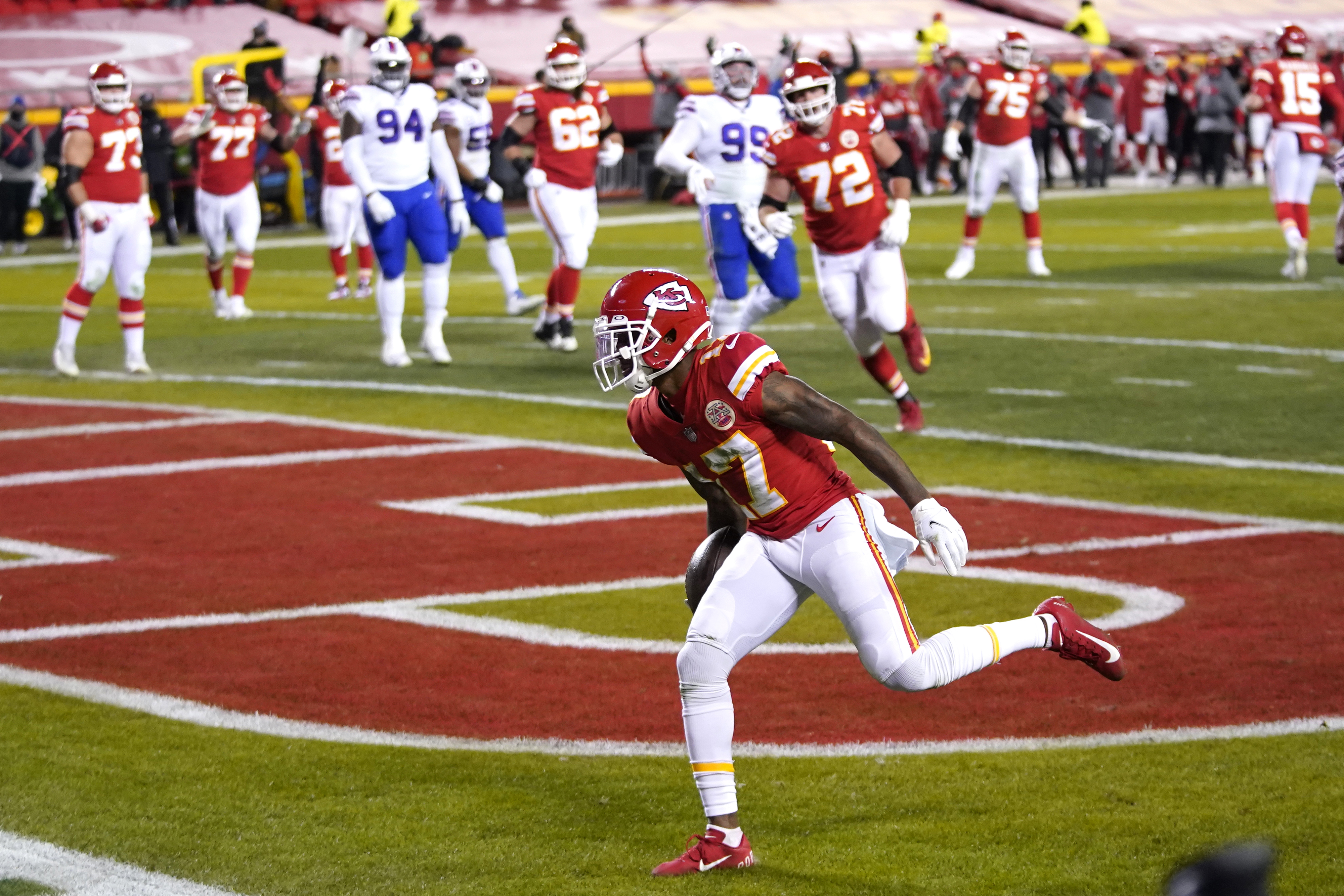 Andy Reid and Patrick Mahomes told Mecole Hardman that their confidence in him wasn’t shaken.

It was more important that the brain trust of the Chiefs offense showed Hardman, too.

Where some play-callers and quarterbacks would have frozen out Hardman in favor of Pro Bowlers Tyreek Hill and Travis Kelce after he gift-wrapped a first-quarter touchdown to the Bills, Reid and Mahomes went right back to their second-year receiver.

The result? Hardman made two of the biggest plays Sunday during a 21-point second-quarter explosion that turned around the AFC Championship game and sent the Chiefs to their second straight Super Bowl with a 38-24 victory over the Bills.

“I said, ‘Listen, just bear down, focus in and look it all the way into the tuck,’ ” Reid said. “Then [he] was thrown back out there and given another chance. He’s made plays since he’s been here. He had a muff. Let’s go. That’s what he did, daggunit!”

One of football’s unwritten rules is to let all punts inside the 10-yard line bounce in hopes of rolling into the end zone for a touchback. Trailing 3-0, Hardman caught a punt at the 11, but the ball popped loose as soon as he turned to run and the Bills recovered the fumble at the 3-yard line. Josh Allen’s touchdown pass on the next play made it 9-0.

Hardman slammed his helmet into the bench and covered his face with a jacket, but he didn’t have long to sulk. Special teams coordinator Dave Toub, wide receivers coach Greg Lewis and Mahomes delivered quick pep talks.

“I don’t know if ’Cole did that on purpose,” defensive lineman Frank Clark quipped. “To keep people watching and on the edge of their seats. That’s Chiefs football for you — keep you on the edge of your seats.”

The second play of the ensuing possession was a screen to Hardman to convert a second-and-1. With that confidence-booster out of the way and a soon-to-be touchdown drive underway, Mahomes threw another screen to Hardman on second-and-goal at the 3-yard line — and he followed Travis Kelce’s blocks into the end zone.

“I don’t know what was going through my head,” Hardman said. “Just a dumb mistake on my part. Pat and the other guys were like, ‘There’s more plays to make. We’re going to need you down the stretch.’ ”

The real payoff happened on the next drive, however.

Hardman let the next punt bounce and be downed at the 18-yard line, so he had plenty of energy in his legs when the first play call was an end-around. He circled 10 yards behind the line of scrimmage and weaved his way around defenders, flashing the 4.33-second speed that made him a second-round pick out of Georgia.

Hardman and Hill settled a debate over which player is the fastest on the Chiefs — and maybe in the NFL — when Hill beat Hardman in a footrace during training camp. But Hardman reached 21.52 miles per hour — fastest by any player this postseason — on the long run to set up the go-ahead touchdown and turned an expected 14-yard gain into a 50-yarder, according to NextGenStats.Atonement. For sure. But more to come?

“I still have all the confidence in the world back there returning punts,” Hardman said. “They are still kicking the ball out of bounds after the muff. I’m still waiting for that chance to make up for what I did in this game. I think going to the Super Bowl is going to be one of those games where I’m coming to make a statement.”