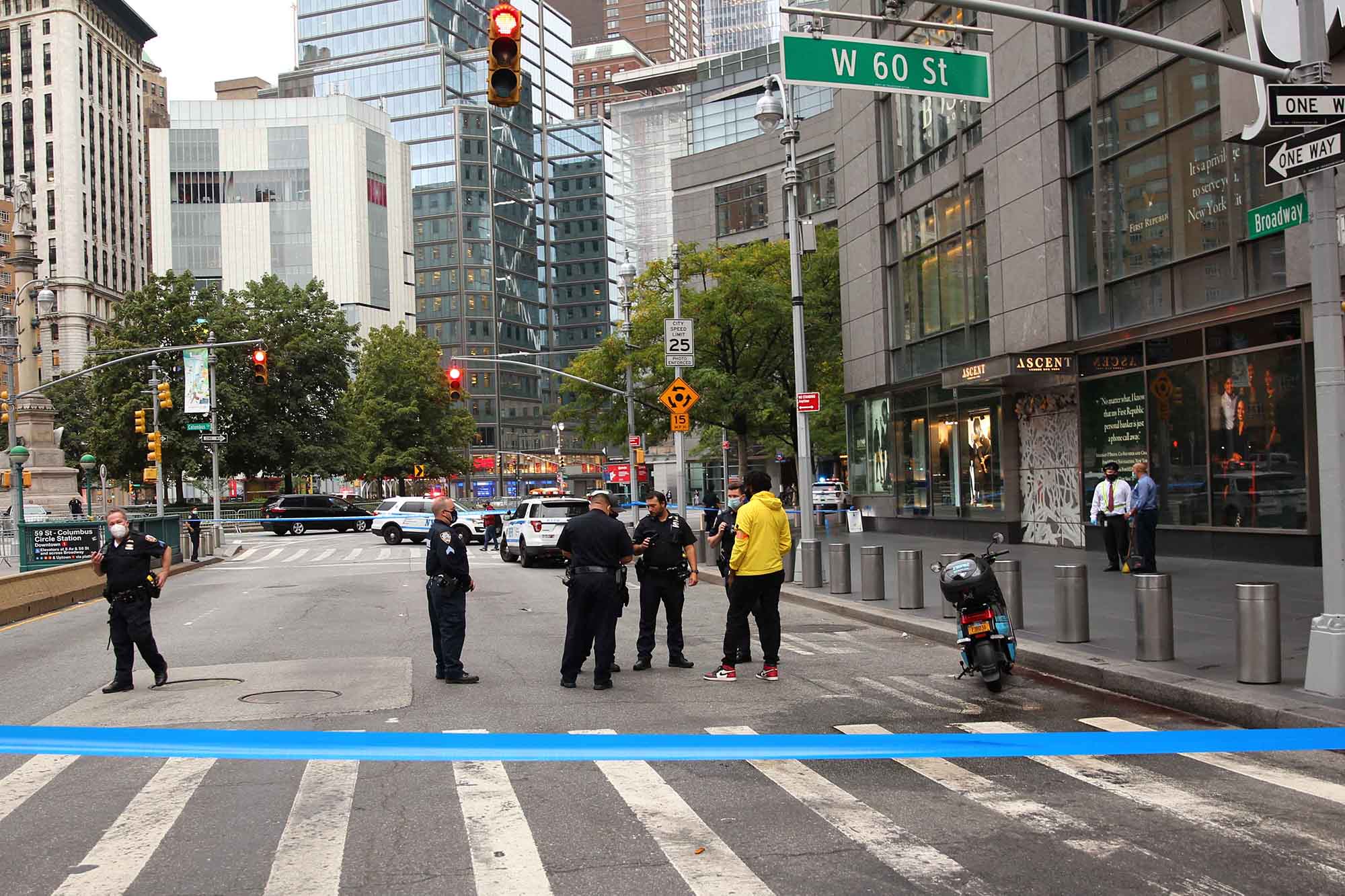 An elderly woman was hit by a Revel scooter near Columbus Circle Tuesday morning, according to police and photos of the scene.

The accident happened before 8 a.m. at the intersection of Broadway and West 60th Street, police said.

The situation of the woman was not immediately known.

Revel closed its operation in New York for a few weeks during the summer after three fatal scooter crashes, one of which involved CBS Reporter Nina Kapur.

The company resumed in August with new security protocols.